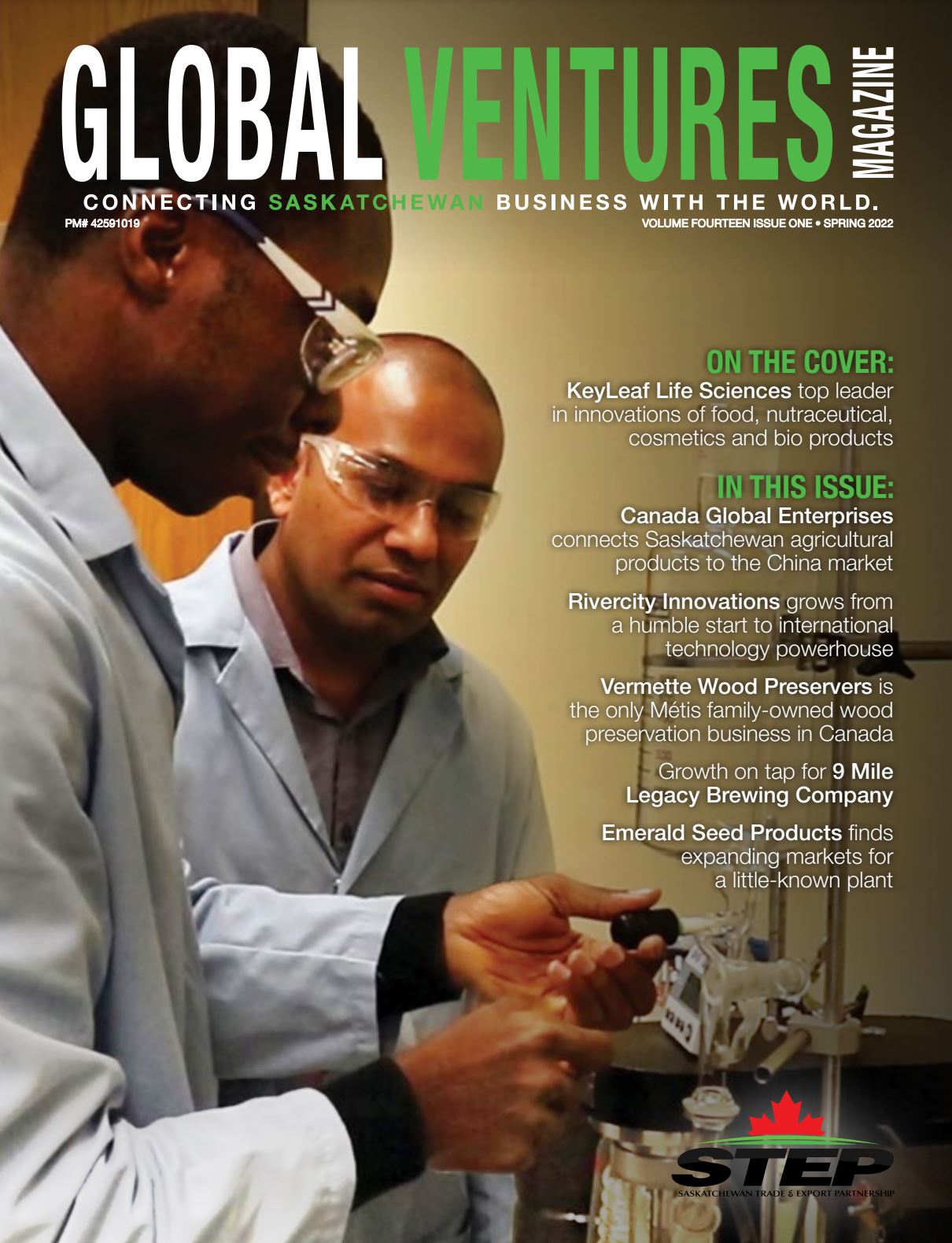 A Pivotal Pioneer in Plant-Based Ingredients

FOUNDED in the 1970s alongside Canada’s Federal Government, KeyLeaf — known then as POS Bio-Sciences (Proteins, Oils and Starches) — set out with a target of commercializing canola in hopes of assisting Canadian farmers to move up the value chain with ingredient development. The facility’s establishment was centred on creating a multi-purpose institute to study oilseeds and grains. As a publicly supported research facility, POS assisted companies in research and development work and the commercialization of proteins, oils and starches.

“We were created to help out with the processing of canola in the prairies and this continued throughout the history of our company,” said KeyLeaf’s Vice President of Global Sales and Business Development, Justin White. With canola being the largest crop by hectare grown in Saskatchewan, KeyLeaf established their Saskatoon-based company in the heart of canola development. The company rebranded to KeyLeaf Life Sciences (KeyLeaf for short) in 2019 with a strategic initiative to commercialize finished plant-based ingredients. The company currently specializes in food, nutraceutical and beverage ingredients while prioritizing transparency during the various phases of ingredient processing. Today, KeyLeaf attracts clients from across the globe who turn to the company for continued innovation in ingredient commercialization.

“We get contacted by companies who know we have the expertise to process their particular biomass or crop to their target specifications,” said White. “Having a nearby facility is very appealing for practical reasons as this plays into the logistics and stability of the material. Another bonus for companies who reach out to us is that we can, in many cases, diversify their portfolio by offering value-added products that perhaps they had not considered using until we engaged with them.”

With the evolution of the 21st century food industry, KeyLeaf has shifted their focus on plant-based food solutions. The company has two facilities — one in Saskatoon and one in Batavia, Illinois. The Canadian facility is of considerable size with 11 laboratories and seven areas dedicated to plant processing. With 52,000 sq. ft. of space, the facility contains world-class equipment that enables KeyLeaf to provide ingredient solutions across the globe.

“The plant-based industry continues to grow. Right now, there is a race to come up with the next plant-based protein,” said White. White says the Canadian facility has seen an immense demand for plant-based protein extraction. He also notes an increase in re- quests for research and development (R&D) services for hempseed concentrate and isolate projects.

“With everything going on regarding climate, government initiatives, and people’s mentality changing towards discovering what foods they like to eat, what tastes good, and what fits in their budgets, we are in the eye of the storm and keeping lockstep with demand and innovation, which is burgeoning at the moment,” said White. KeyLeaf excels in ingredient scale-up, which involves taking the initial innovation, whether it be from an academic researcher or company, and bringing the product to a commercial scale.

“We divide up the innovation into two different areas. One is we create our own finishing ingredients for ourselves or for our clients. The other is that clients can come to us with a bio-mass and take advantage of our expertise in the pilot scale-up phase of R&D,” said White. “For example, on the left-hand side you have the initial concept with ideas of budgeting and then you have the process that is developed in a lab. After the lab, you have the pilot-scale up, which requires equipment that is similar in design, shape and capability. Once the concept has been proven, you can hand it off to the client or they can hire you to do manufacturing for them at full-scale.”

In 2019, KeyLeaf was acquired by Canopy Growth Corporation — a leader in cannabis and hemp extraction, for the purpose of ex- tracting cannabinoids and accessing Key-Leaf’s extraction know-how. In the meantime, KeyLeaf developed a high-density 60 per cent hemp protein concentrate ideal for plant- based protein. The protein can be used for a wide variety of applications including breads, crackers, cookies, cereals, protein shakes and plant-based ice cream. KeyLeaf also produces a cold pressed and filtered hemp oil, which can be added into a variety of liquid-based condiments such as sauces and salad dressings. As KeyLeaf continues to expand and exceed expectations, the company sees growth in plant-based protein and hemp. The company doubled revenues in 2021 compared to the previous year. For 2022, KeyLeaf is aiming to achieve a 15-20 per cent increase.

With specialized process equipment on hand along with a team of highly skilled technical staff with decades of expertise, KeyLeaf has attracted the attention of companies hoping to bring their products to the marketplace. White, who is based in the United States, says STEP has assisted with connections which have diversified their customer base.

“When I joined POS and I became exposed to STEP, I was amazed by the professionalism and packaging of the services offered. I’ve experienced similar organizations in the United States and unfortunately, they were strapped for resources or only focused on large companies. With STEP, there is a dedicated person that is focused on you, and they lay out exactly what it is they can do to help you,” said White.

“We are optimistic about KeyLeaf’s future, and we feel we are in the right place, at the right time, with the right people and services to meet the growing demand of the global plant-based market trend.”

Read our newsletter and keep up to date

Thank you! Your submission has been received!
Oops! Something went wrong while submitting the form.